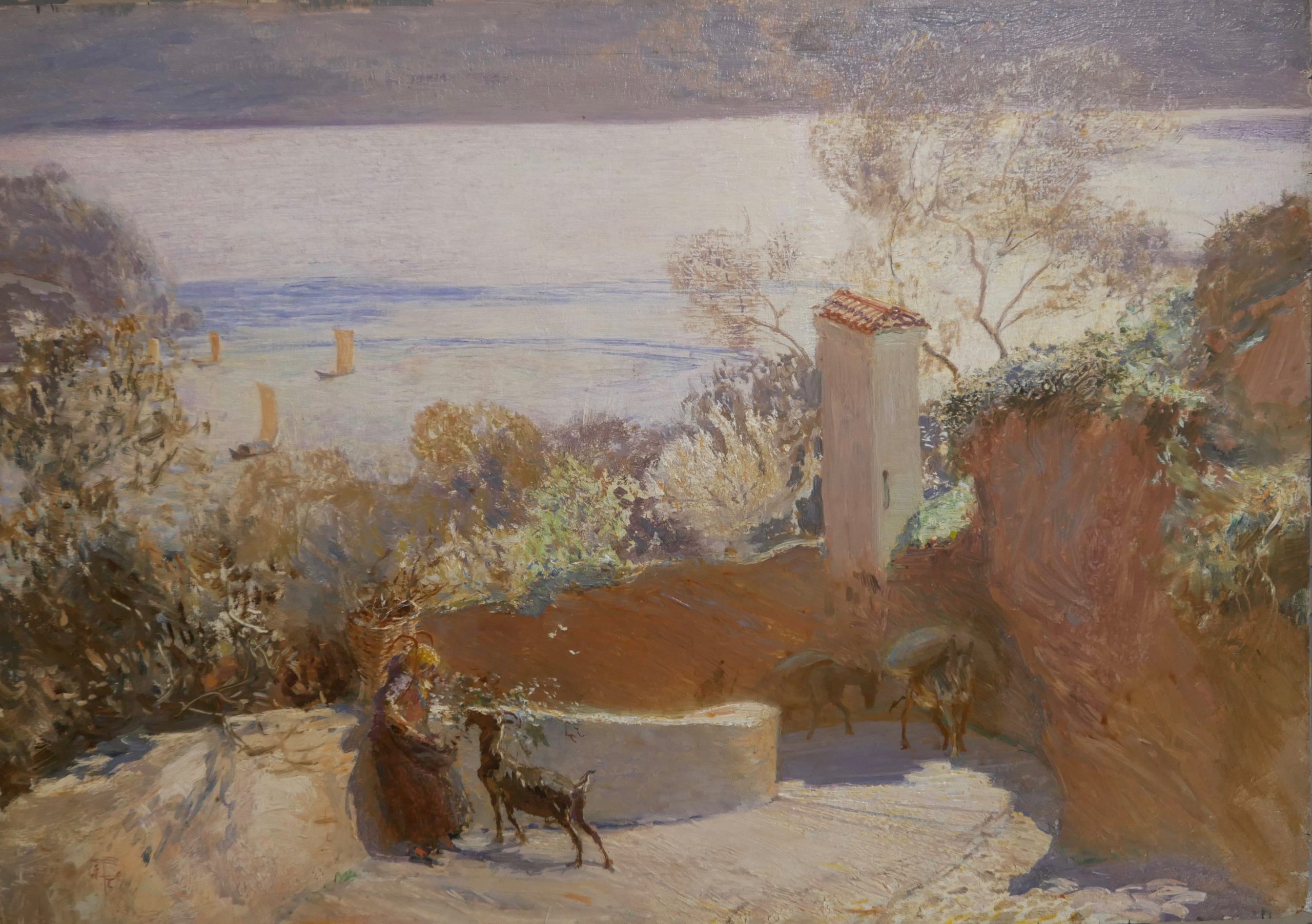 View on the Italian Lakes 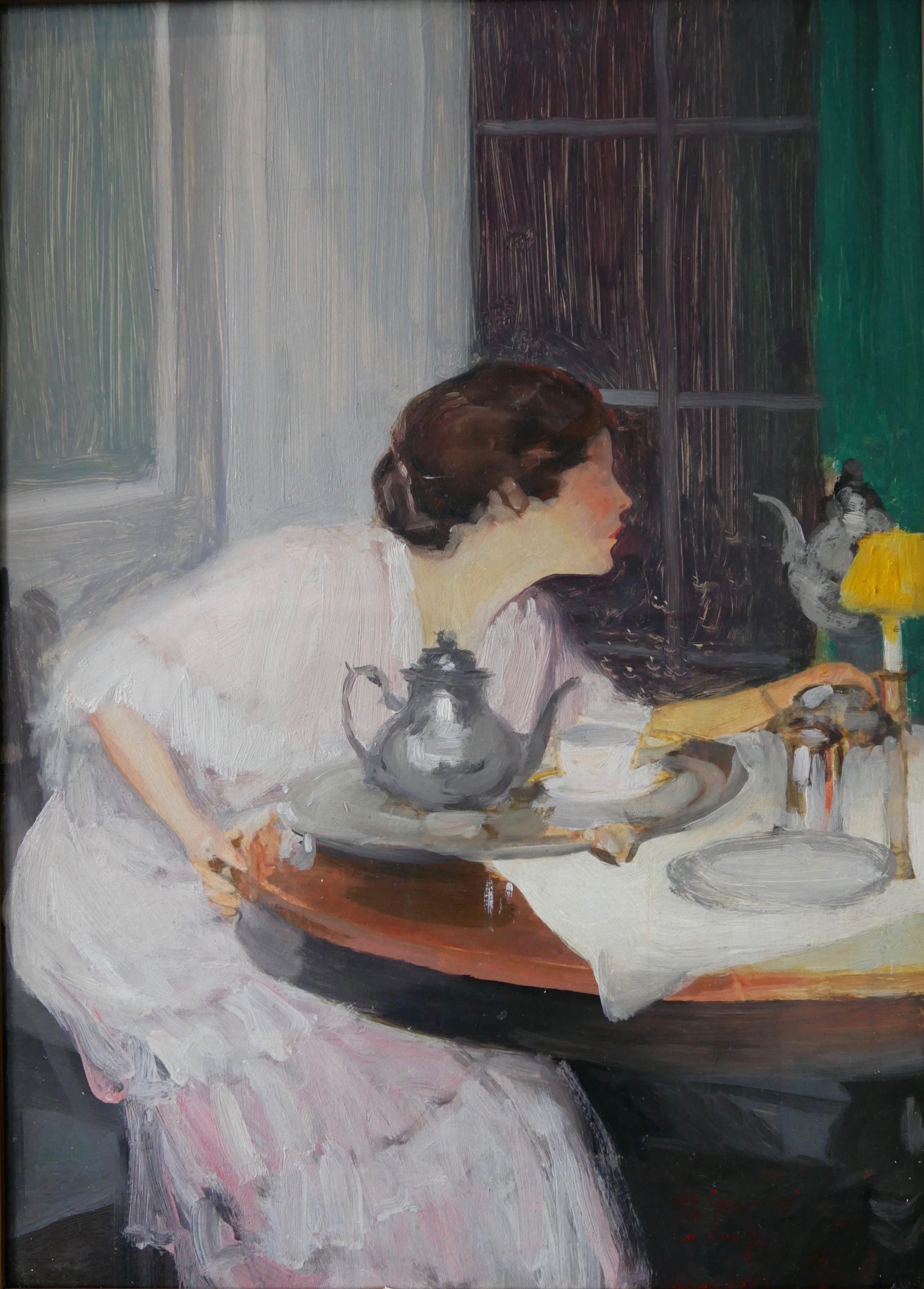 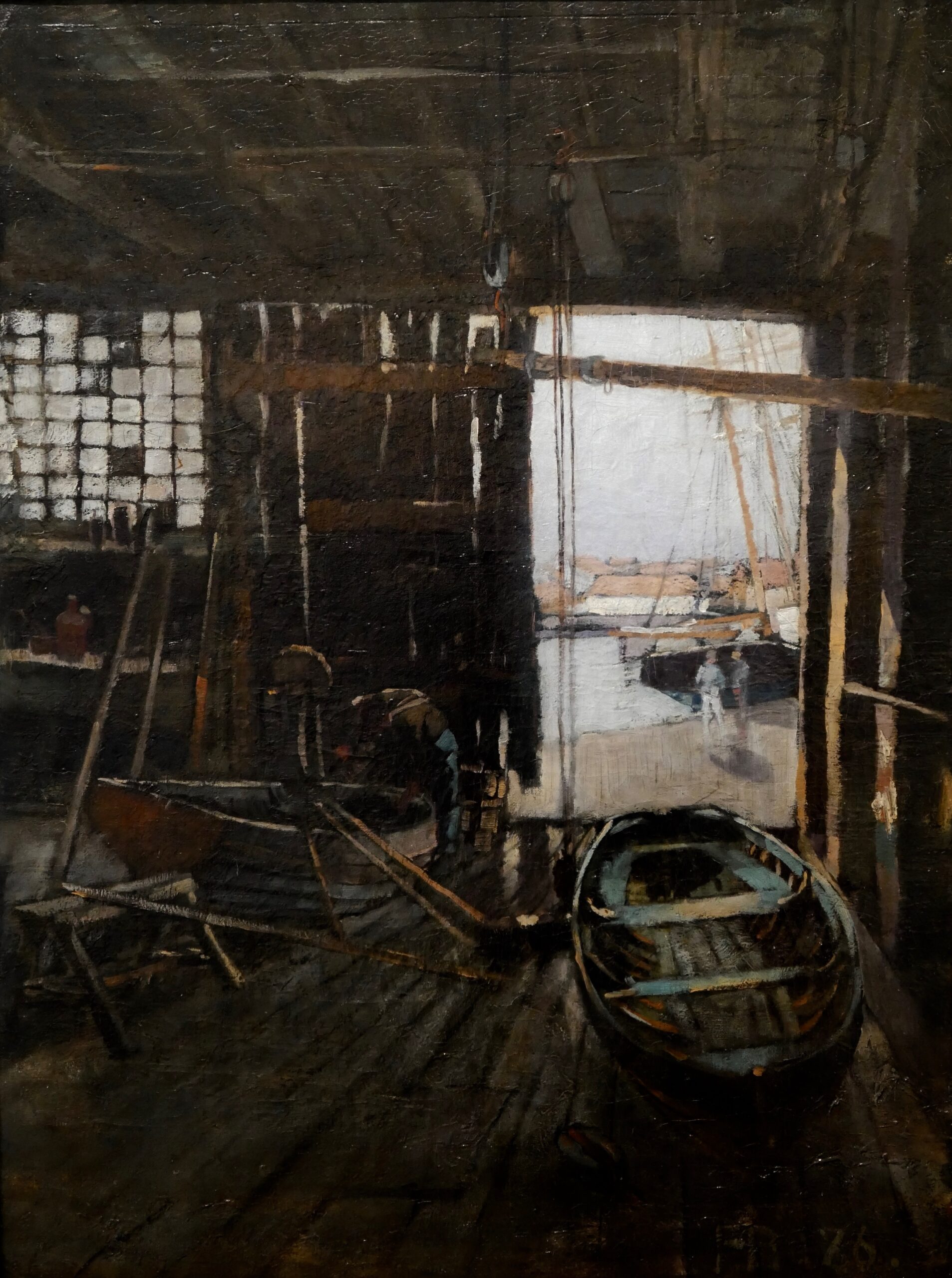 VIEW ALL OILSVIEW ALL WATERCOLOURS 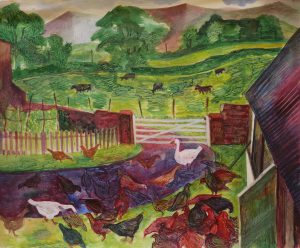 Harold Shelton was a teacher, painter, designer and printmaker. He was discovered by the artist William Green working as ticket collector at Wallasey Station. He studied at Wallasey college of Art from 1934 to 39. After the war , he became principal of Carlisle School of Art. Subsequently he became principal of Hornsey Colleg of Art. While he was there he faced a student revolt against his strong academic leanings. This was nationwide news and was known as the Hornsey Affair, which is now visible on YouTube. The students eventually locked Shelton in a cupboard! He stayed on as head after the revolt to make the College a Polytechnic but failing to make it a University. His wife Joanna, was also a painter , they met at Carlisle, and together they set up a Visual Research Department at Hornsey.

Shelton’s work in watercolour is largely unknown, yet he was a talented painter, influenced by Ravilious, Nash and even Bawden.

Most of these watercolours are unframed, so we are able to send them through the post in a tube. 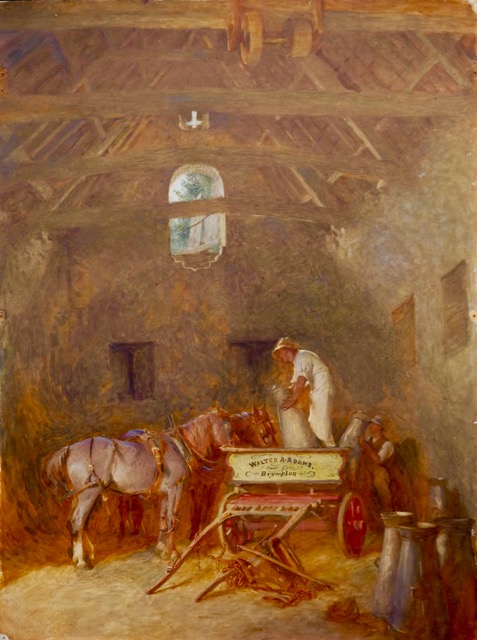 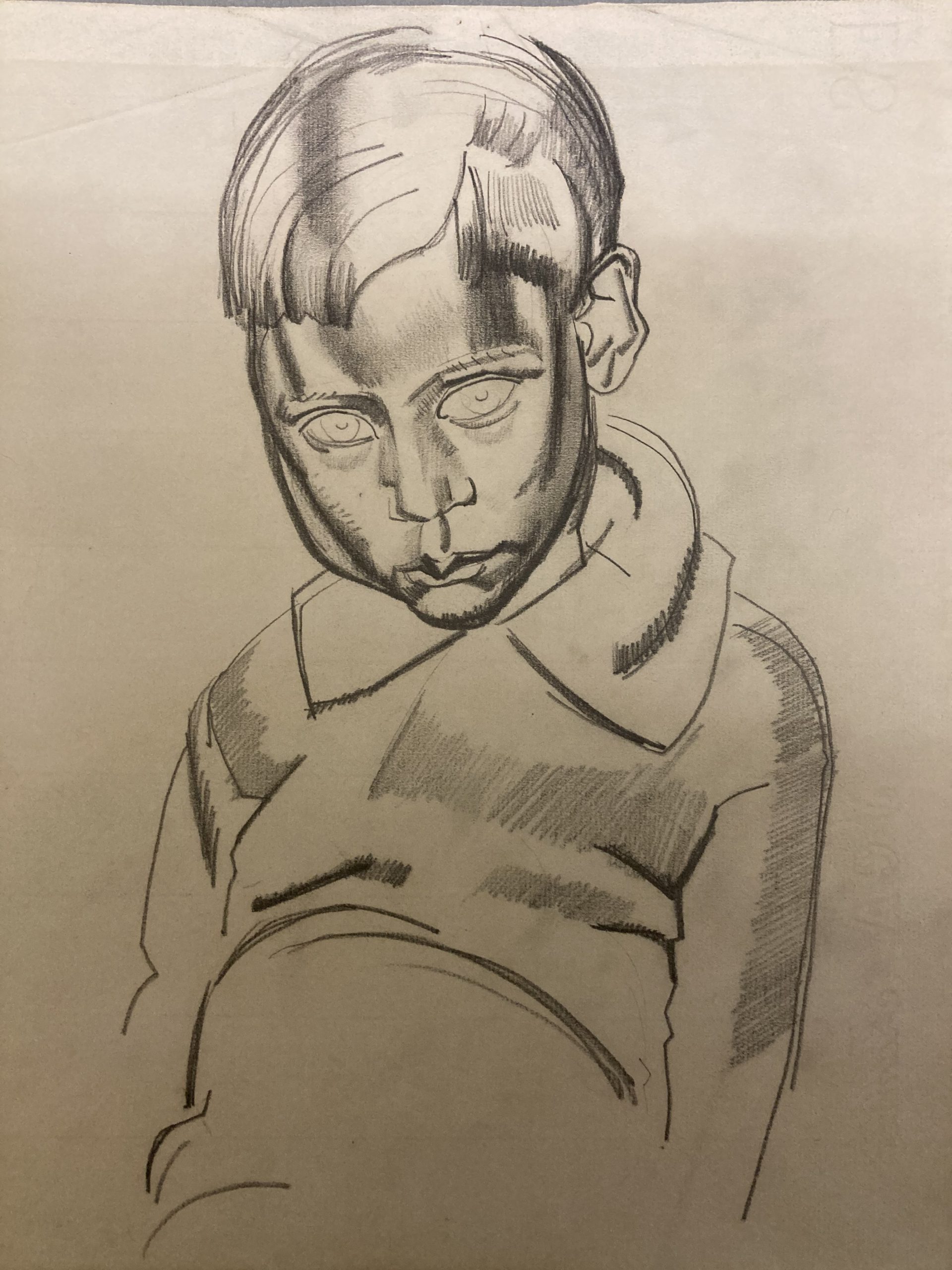 Drawing of a Young Boy

View on the Italian Lakes

The Canon Gallery was established in 1985. It has dealt in British and European 18th,19th and 20th Century oils and watercolours.

If you wish to sell a painting we can either purchase it outright or sell it
on commission by private treaty.