Egusquiza was born in Northern Spain.   He studied in Madrid and in Paris and in 1868, he exhibited several times in the National Exhibition of Fine Arts. He painted portraits, landscapes and most importantly scenes from Wagner's operas.

Egusquiza first heard Wagner's music for the first time in 1876, after returning to Paris.  His enthusiasm for what he heard led him to go to visit Wagner and they became friends.  After meeting Wagner, he decided to devote his career to painting scenes from Wagners operas.

Egusquiza established the Spanish Wagner admiration society. His most important painting with a Wagner scene is Tristan and Isolde.   Egusquiza remained in Paris until 1914, when World War I forced him to return to Spain. He died in Madrid the following year. 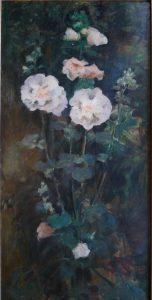